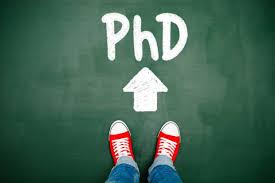 Don’t ever let people make you feel bad for spending time on your notes/making your notes look more etc. Our even something you’re doing in your current endeavors. So many times I’ve had people say ‘that’s a waste of time’ or ‘you’re so extra’ and it just like….. Wtf.

If spending an extra 2-5 minutes to make your notes look a little organize is going to help you learn them better, or even if it just makes studying tolerable then that’s okay??? Keep doing it!!

There’s honestly no worse people than the people who will try and make you feel bad about doing something you want to do.

(No shave November beard. Right before I had to shave it all off for drill)

2014…. What a crazy year this had been for me. I grew so much as an individual this year than I have the previous 25 years. Lets recap a little bit. Beginning this year, I was going into my last semester at LSU. I took my last 15hrs of course work I needed for my Biological Engineering degree, doing crossfit to lose weight and on top of that I worked nights at a local cancer hospital. I would hardly get any sleep. In the middle of the semester, I lost my best friend Brandon. A drunk driver hit Brandon while he walked on the sidewalk coming home one night. It destroyed me. I remember all the talks we had about graduating together. His mom pretty much left loved ones to start a new life in America. Brandon was the 1st generation of Japanese American in his family and he was just two months away from graduating LSU.. His mom was so proud. That’s all she would brag about. Like I said losing Brandon was awful. He was the best friend, roommate, study buddy anyone could ever ask for. At this point my grades was so iffy I told myself, I might as well drop out and try again in the fall semester. Severe depression was a bitch. For three months, I could barely eat one meal a day. I didn’t enjoy gaming at all anymore, which still holds true to this day. And the little time I did have to sleep I couldn’t. However, my parents and love ones told me to do it for him and so I did. In May, after five years at LSU I finally received my degree in Bio Engineering from LSU. About a month later, I got accepted into Texas University Grad school program. Brandon’s killer later on this year pleaded guilty. 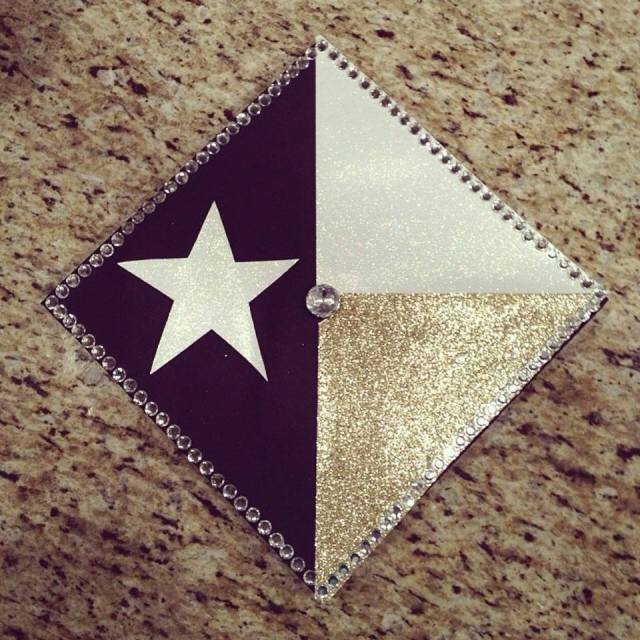 (The top of my graduation cap all decked out with the help of my god child. Texas star to represent a new start in Texas.)

During the summer, before I left for Texas that fall, I reconnected with my some of my fiends. I hardly ever was a Facebook user. Still hardly use it today, but it was a platform to reach out to them. The past two years I was so career focused that I drifted away from a lot of my love ones. It was great to go back mudding, hoops, paint balling, bar hopping, going to different events and be able to enjoy myself when I was out. I went to Venice Beach, California. There I was able to finally try surfing. Getting better at it, but still have a long ways to go. I went by myself, but it was what I needed to self reflect and try to be a person that I wanted to be.

August comes around and to grad school I went. I found myself in pretty much the same position. Working and studying all the time, fighting to find a balance. I would actually catch a break. A full time position opened up at the university. I applied for it, two days later I had my interview with the Dr. Bennett. I “studied” for this interview, but during the actual interview I felt like I did a shitty job at selling myself. At the end of the interview he ask me what was my salary expectation. I told him 30k. I was going to ask for around 40k, but like I said, I felt like I didn’t sell myself good enough. He was looking for two Laboratory Assistants, somehow he hired me. At 25 years old, I finally was working a “real job.” Can’t tell you how grateful I was to get hired on. I was seeing everyone else I graduated with land great jobs. I was shocked and had some envy on how many got hired overseas! With working full time, I dropped out of my graduate classes. A lot still was going on for me at the moment.

Later Dr. Bennett would explain the university couldn’t pay me that little even if he was a asshole. Him and his staff was impressed with my internships with 3 months at NASA internship and a year at Mary Bird Perkins Cancer and hired me on as a Laboratory Assistant III with the salary of 52k a year. I said buh bye to my apartment and on the outskirts, paid the fee and moved downtown Austin.

After all those years studying, I finally can say it was worth it. A childhood friend/band mate would even come back into my life. I blog about it earlier. Go check out “Enter Rosilia” for more details on that subject.

(What cha looking at Rosilia?!) 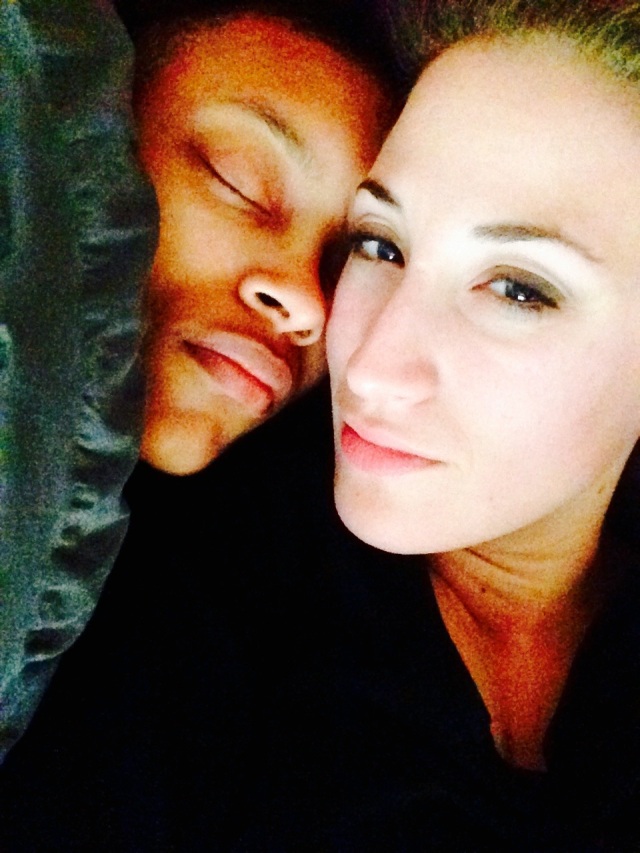 At this point, I’m just living life. Working, volunteering for charity events, crossfit, got three tattoos, traveling and building a social life here in Texas. A woman named Jamie asked me out on a date. Few months later in December we are now “official.” Her family invited me to come with them to Costa Rica for Christmas and then they would come to Louisiana to ring in the New Years. I’ve lost 41lbss. I went from 211lbs to 170lbs (9% body fat) with all of the work I’ve been putting into crossfit. I’ve competed in a crossfit competition and doing another in January. I’m stoked, my friend is coming to document my events, so I will have more stuff to share with you all.

(Me at a crossfit competition. Sporting my 1st tattoo before I got my half sleeve done)

The most important thing I realize about myself this year is this: I had build walls and put blinders on for a long time, I just focus on my coursework and my career. What suffers in the meantime is relationship with my mother, with my dad, with my brothers, with my girl. Of course I love these people and they love me. And they’ll forgive me and they’ll be like “Oh, I understand, you’re so busy taking the necessary steps to improve the quality of your life.” That might work for a while, but at some point this year I was just like nah, man. I want to be a better son. Spend more time with my mom and dad and get to know them better. Same thing applies to my brothers, my girl and with my friends. It’s so easily get fooled by the artificial things. Yes, it’s great living downtown and not living paycheck to paycheck is a blessing. Real happiness doesn’t come from that. My character, the bonds that I make and the difference I can make to someone else life is what makes things worthwhile and last. Everything artificial, you keep on chasing and chasing it. Once you obtain something you’re just looking for the next thing to get. I still have a lot of growing to do. God willing, I will live many more years. At 26, I’m just figuring these things out.

Can’t say thank you enough for all the support. From the emails, to the DMs, you guys helped me get through the tough times.  Be safe this holiday season. Blog to y’all in 2015.